Originally from Quebec City, Marie-Eve Castonguay holds a diploma from the École de Joaillerie de Québec (2011) as well as a Bachelor of Fine Arts in Jewellery Design and Metalsmithing from NSCAD University (2013), in Halifax. She is currently in the Artist-in-Residence program at Harbourfront Centre, where she was awarded a scholarship in 2014. Her work has been shown in Canada and across Europe.

Navigating within a space between toy and adornment, Marie-Eve plays with the jewellery’s form and function to generate motion, thus creating an intimate relationship between the pieces and the movements of the body. The wearer or holder participates in engaging or inhibiting movement within each piece and plays an active role in making the object reach its full potential. This kinetic potential, which is not necessarily when simply viewing the piece, becomes a secret for the wearer, as they are the only one to physically interact with the object.

A spectacle of colour, texture, and sound, the piece itself becomes not only jewellery, not only a toy, but also a meditative object. Using simple concepts from everyday life, Marie-Eve aims to create contemplative pieces in which one can find comfort, or get lost. 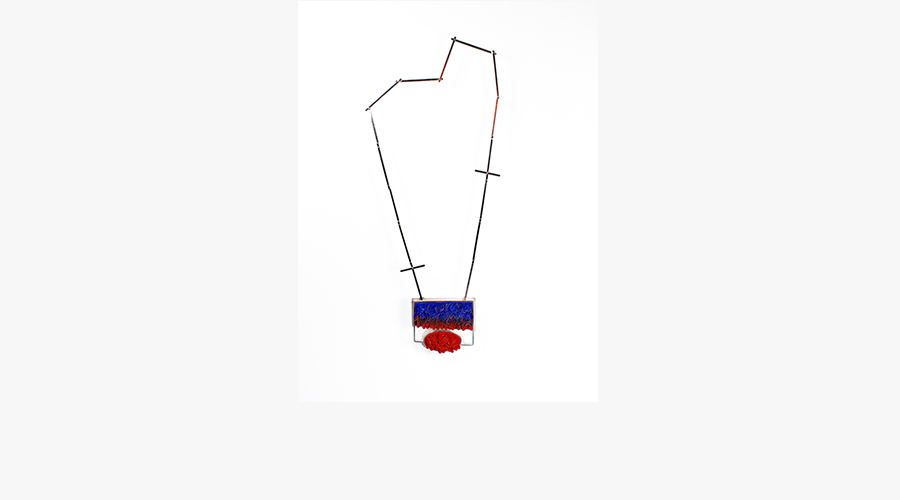 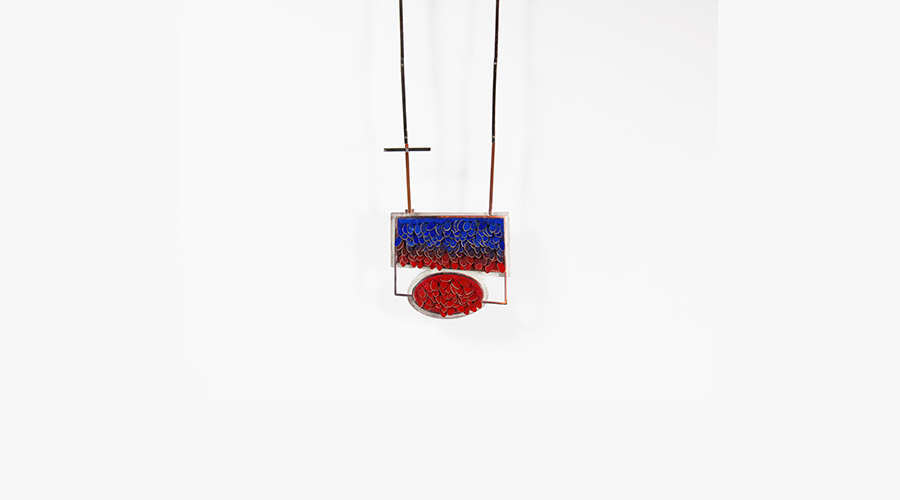 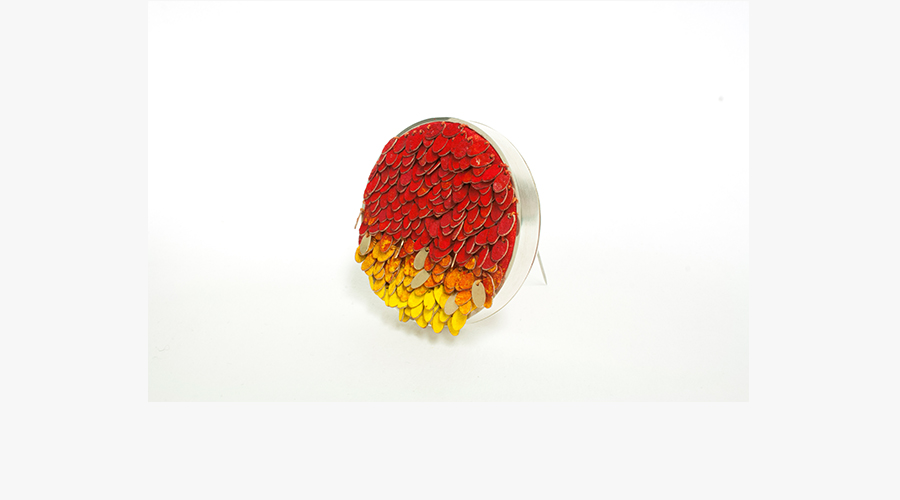 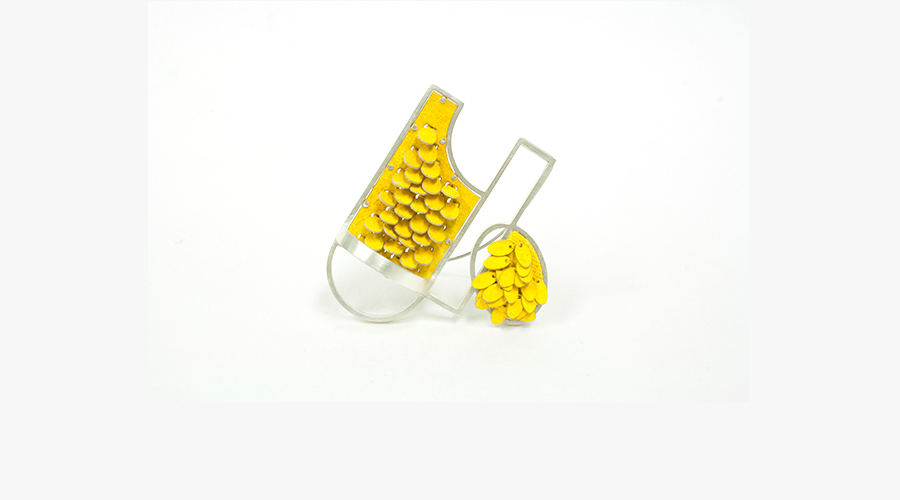 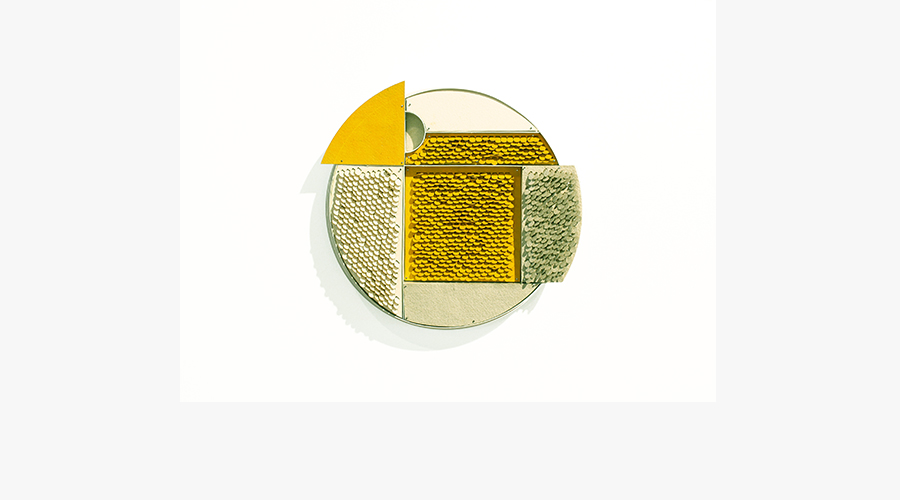 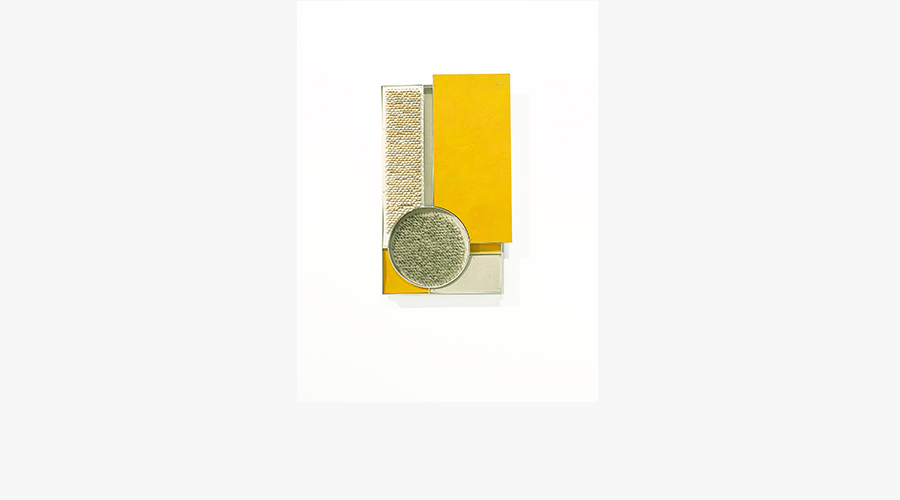 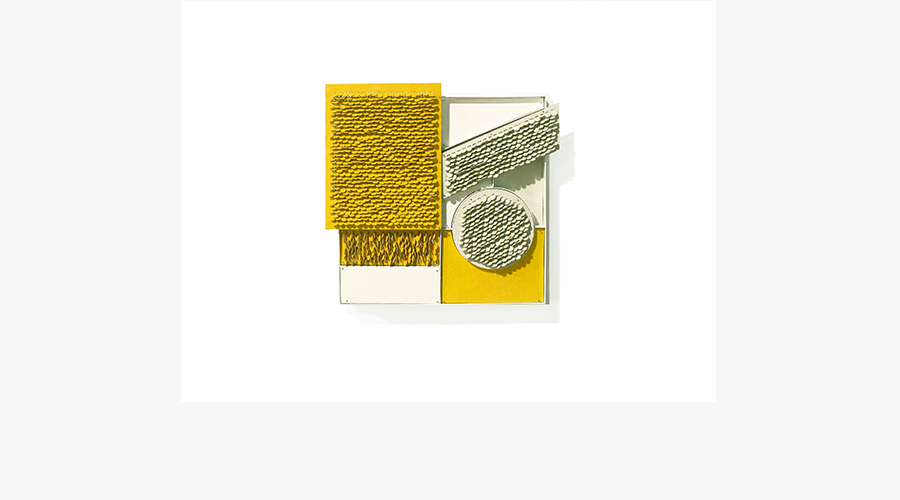 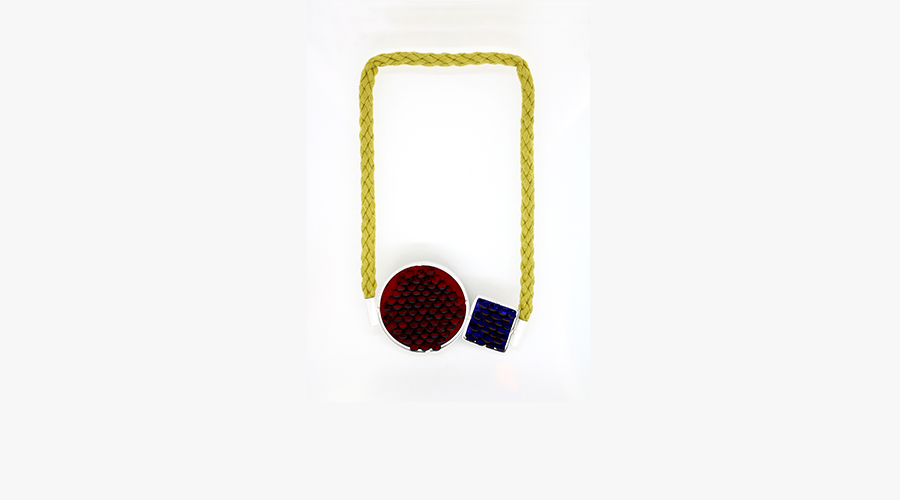 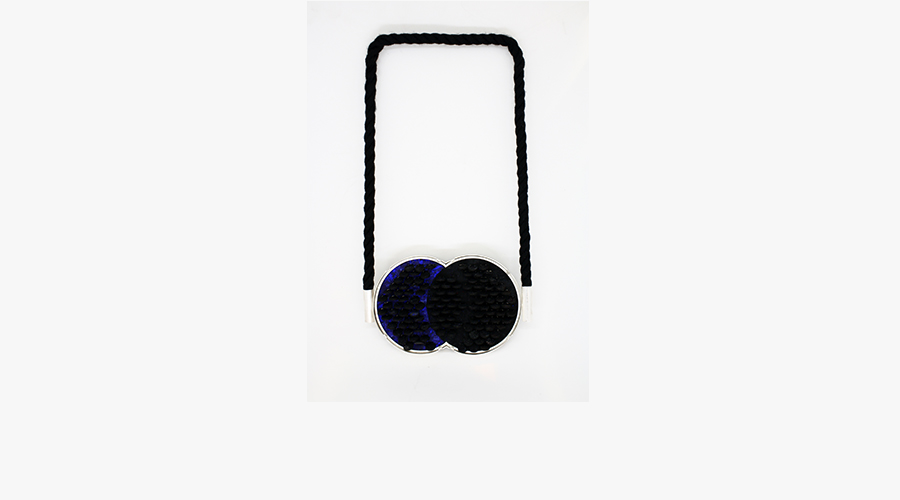 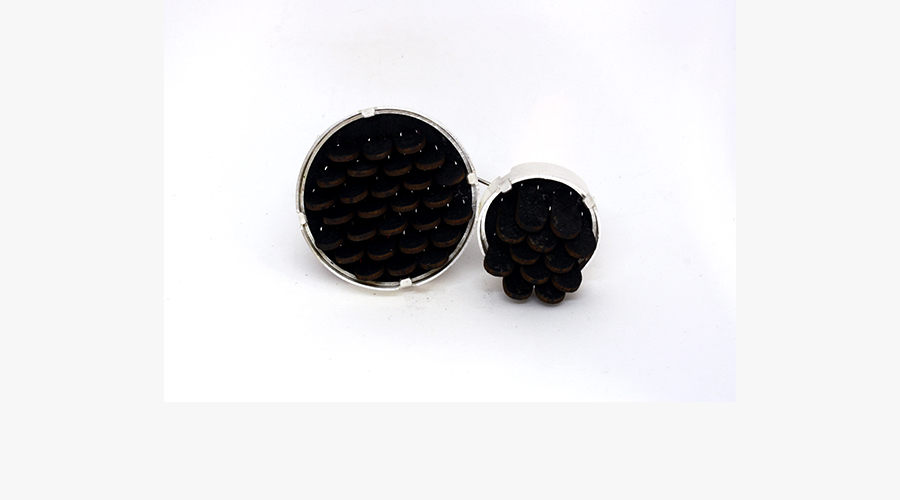