My work is inspired by modern architecture and, in particular, minimalism. The use of color is prevalent in my work for its symbolic meaning and emotive qualities. 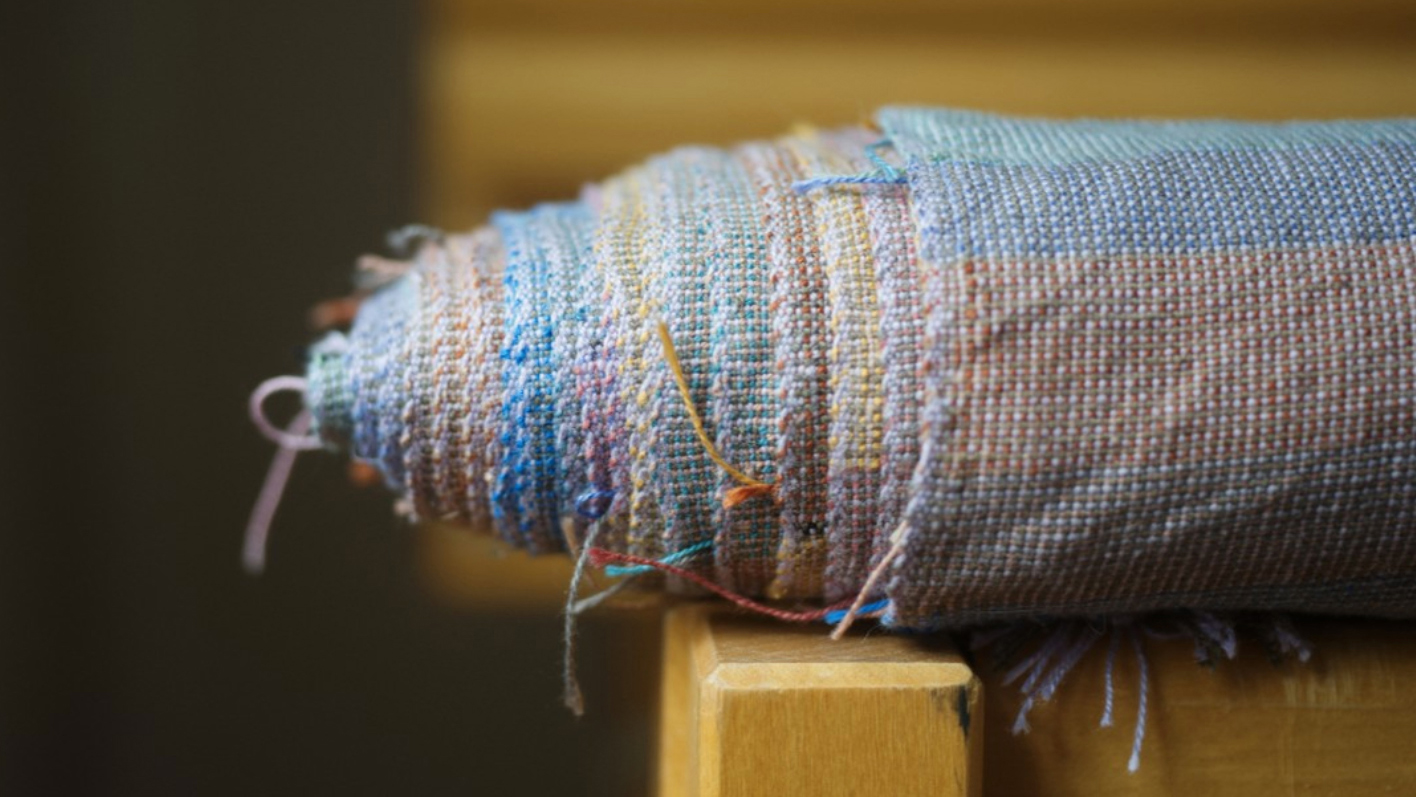 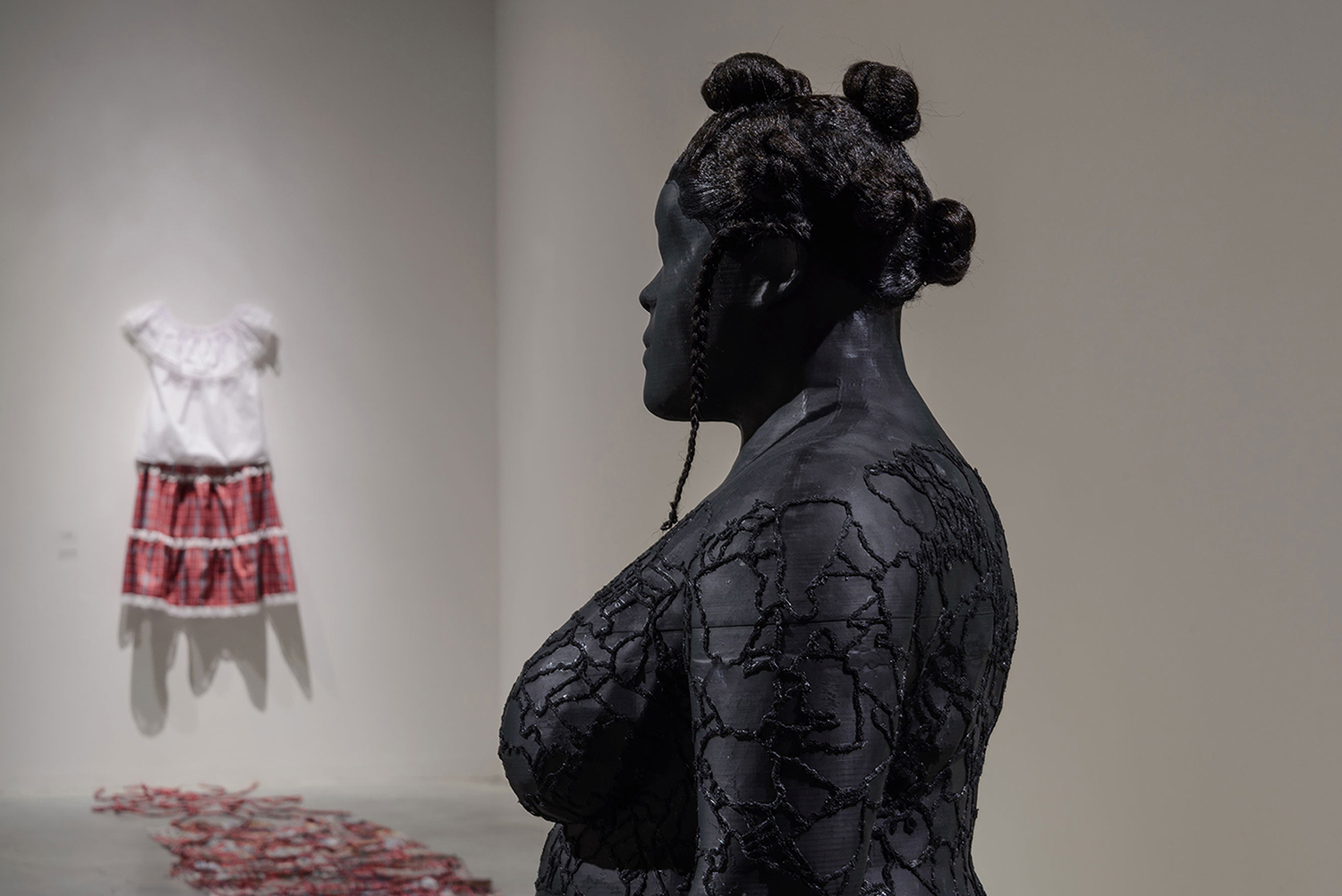 Born in Jamaica, Shiemara Hogarth received an Honours Double Major BA in History, and Latin American and Caribbean Studies from York University, then a BDes in Material Art and Design from OCAD University, followed by an MFA in Craft Media from the Alberta University of the Arts. Trained as a historian and textile artist and designer, 3D fabrication has come into her work, and her exploration of narrative and critique through material adaptation and deconstruction engages multi-disciplinary material research as a method of production. She has organized and hosted the symposium 'Canadian Women in Craft: A Conversation,' and curated the exhibition 'Threading Black' with the Alberta Craft Council. She has also had her writing featured in Studio Magazine.

Currently based in Brampton, Ontario, she was awarded a 2021 Alberta Graduate Excellence Scholarship which enabled her to produce her most recent body of mixed-media sculptural and textile work 'Personal Geographies.'

Nathalie Bertin is a multidisciplinary visual artist from Toronto, Ontario, Canada of French, Metis & Algonquin heritage. She currently lives near the shores of Lake Nosbonsing. After taking courses in animation, film and new media, Nathalie worked as a graphic designer in print, publishing and advertising for over 20 years. She went on to earn a Bachelor's degree in Adult Education with distinction before deciding to pursue her true love of creating art in 2009. However, not content with just one medium, she delves into painting, illustration, photography and a variety of traditional crafts to express herself.

Nathalie has had ten illustrations struck on collector coins for the Royal Canadian Mint and has illustrated several children's books for Nelson Education. She has self-published her first book of traditional stories with images of her beaded cushions which she was able to create with a grant from the Ontario Arts Council. She has presented her work in several solo and group exhibitions, has curated exhibitions and is the co-creator of 'Breathe: A Collection of Traditional Masks Demonstrating Resilience in the Face of the 21st Century Pandemic' to help artists work through the emotions of the pandemic. This project has since gained international recognition.

Nathalie Bertin's work is included in the collections of the Government of Canada, the provinces of Manitoba and Alberta, the Royal Ontario Museum, and private collectors in Canada, the United States, and Europe. Nathalie's work and artistic practice have also been featured by CBC/Radio-Canada and TFO. Katie Lemieux was born in Thunder Bay, Ontario. She holds an Honors in Fine Arts in ceramics from Lakehead University in 2016 and a Masters in Fine Arts from the Peck School of the Arts in Wisconsin, Milwaukee (2019). Katie has been able to travel with her figurative sculpture-work to China, where she completed a 6 week residency at the renowned Jingdhezhen facility in the province of Sanbao. She was later accepted into a show in Croatia, EU, where she met the head of the Graduate program at the University of Wisconsin, Milwaukee. Since her Masters, Katie has moved back home to Thunder Bay, continuing her research in the para-verbal and is currently showing her first local solo exhibition: 'Ending Up' at the Thunder Bay Art Gallery. She was recently awarded a Mid-Career Fellowship and was accepted into Medalta's Artist In Residency Program for the month of September in Medicine Hat, Alberta. In April 2023, Katie will be attending a 5-week clay residency in Skopelos, Greece.

Katie currently works as an artist and a ceramic and sculptural technician, additionally she works as a Personal Support Worker with young adults. Her social work continues to drive her artistic narrative as she works in her at-home studio. It is the process of establishing non-verbal communication that influences Katie’s aesthetic. 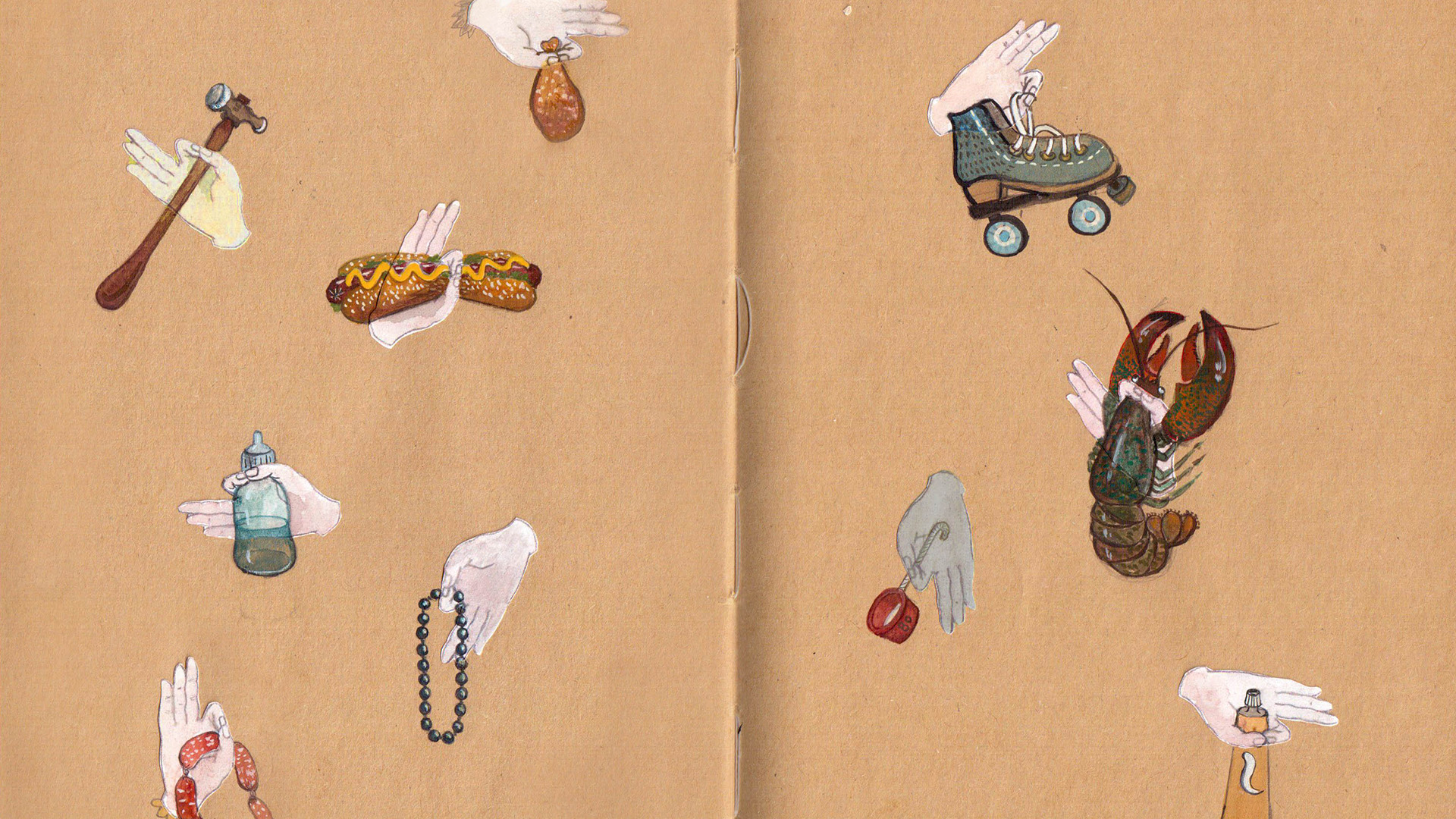 Mengnan Qu received a BFA in Jewellery Design and Metalsmithing from NSCAD and then completed her MFA degree at the State University of New York (SUNY) at New Paltz. Mengnan is always a perceptual person with a sensitive eye and mind. Her mixed cultural and educational background provides her with a unique outlook on the world. Mengnan has taught in both the West and the East at SUNY New Paltz, NSCAD University, Capital Normal University Beijing, and Yunnan College of Art and Design. Mengnan's work has been exhibited and published in Canada, China, the United States, Japan, Germany and the United Kingdom. Mengnan was awarded the Enamellist Society Juror's Choice Award in 2012, a 2012 and 2016 Niche Award. She was nominated for a Saul Bell Award in 2013, and a finalist for the Talente Award in 2017. In 2021, she presented her art practice during the Society of North American Goldsmith's Virtual Symposium Tides and Waves. As a scholar, Mengnan and Tim McCreight, the author of the well-known book the Complete Metalsmith, are writing a new version based on the industrial environment in China. This year, she has been invited as a board member of Integrity Innovation - Beijing International Contemporary Enamel Art exhibition in Beijing World Art Museum.