2015 Award: Women's Association of the Mining Industry of Canada Scholarship

Marie-Eve G. Castonguay is an emerging jewellery artist based in Toronto, Canada. Originally from Quebec City, she received a diploma from the École de Joaillerie de Québec in 2011. She then completed a Bachelor of Fine Arts at NSCAD University, where she graduated in 2013 with a Major in Jewellery Design and Metalsmithing.

In choosing jewellery as a medium of artistic expression, Marie-Eve plays with communication through physical interactions between art and its viewers. Intended to be worn and handled, jewellery is an art form that interacts most intimately with the human body. Marie-Eve likes to emphasize this interaction through the use of motion in her work; thus playing with forms and functions in order to create an intimate relationship between her work and the movements of the body.

Using different types of movement that are engendered by natural physical forces such as gravity, electromagnetism and inertia, Marie-Eve create pieces that navigate a grey zone between toys and adornment. Each piece interacts intimately with the wearer or the holder. They participate in engaging or inhibiting the piece's movement, and play an active role in allowing the object to reach its full potential. This kinetic potential, which is often not obvious when viewing the piece, becomes a secret for the wearer—they are the only one who gets to interact with the object. 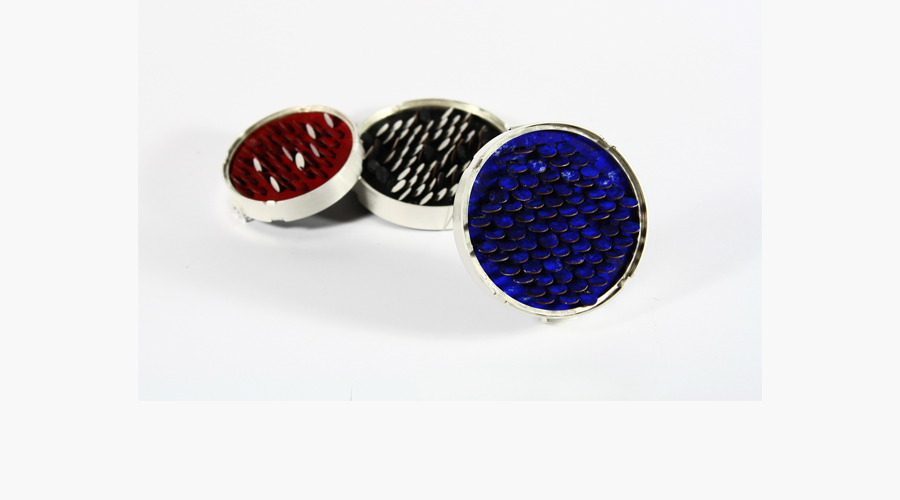 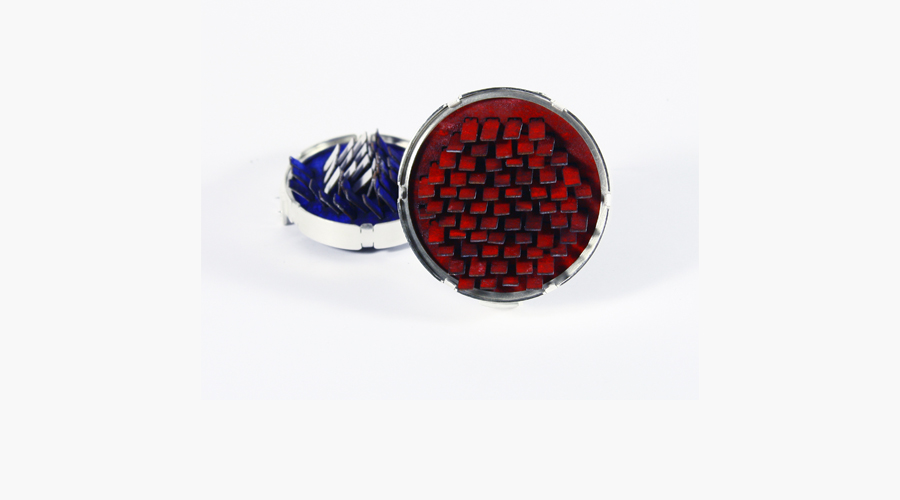 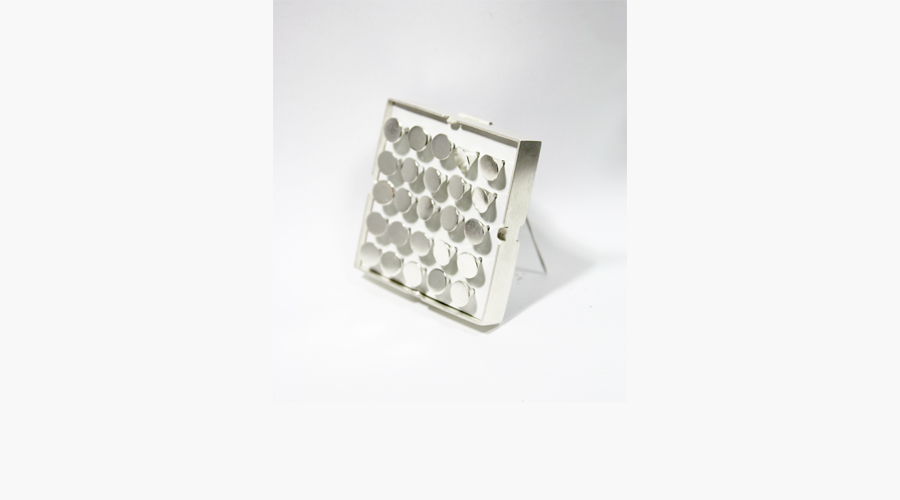 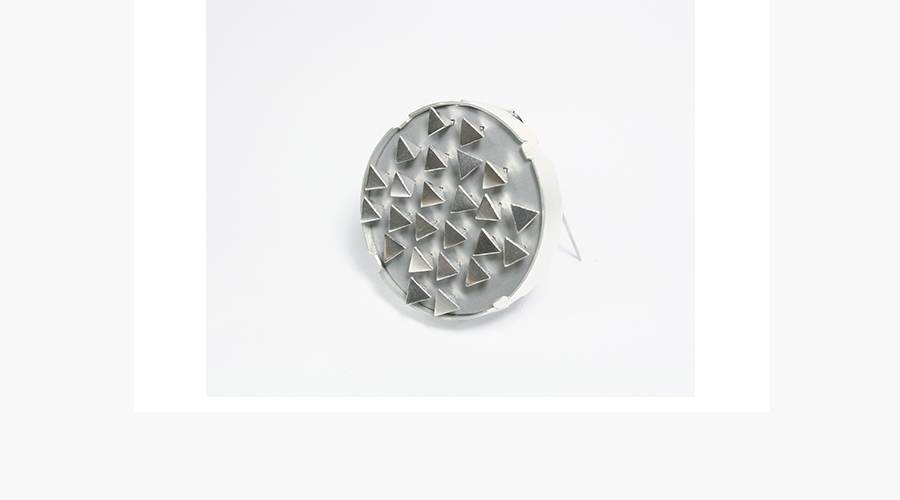 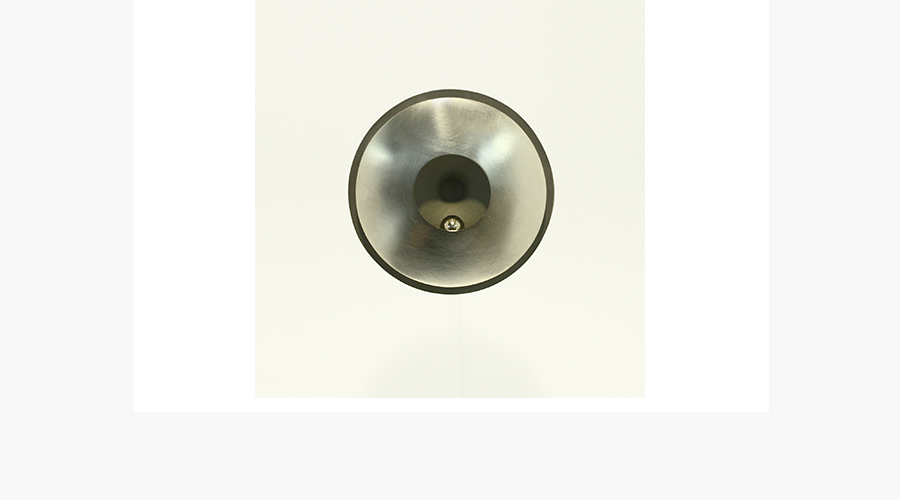 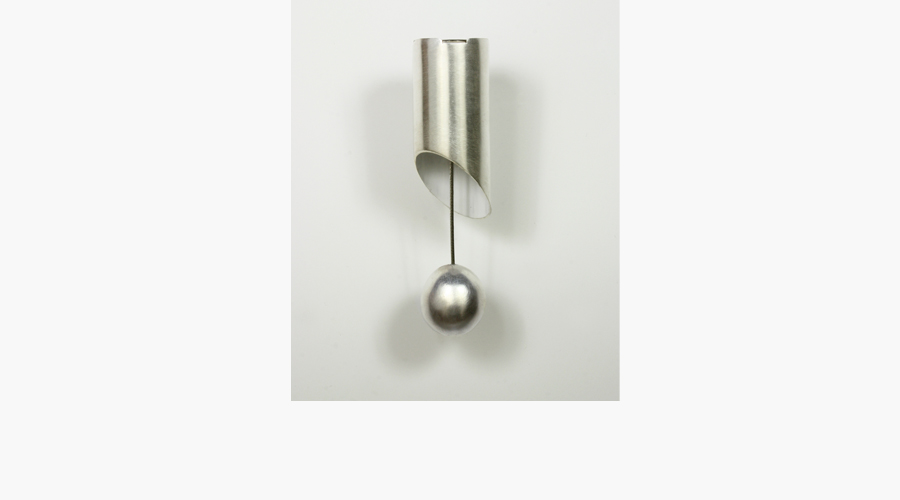 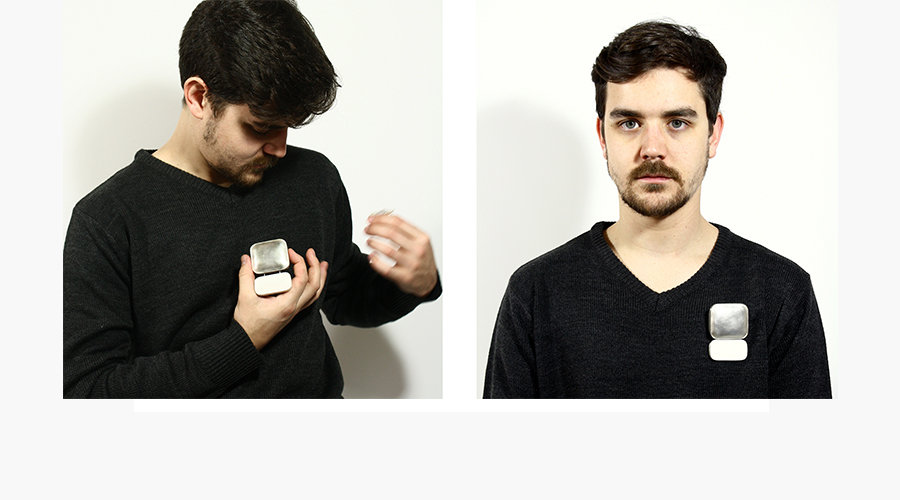 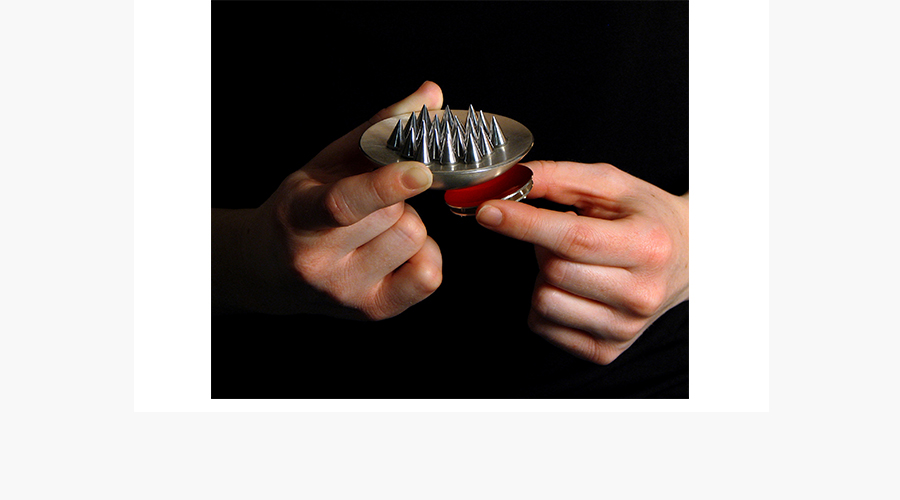 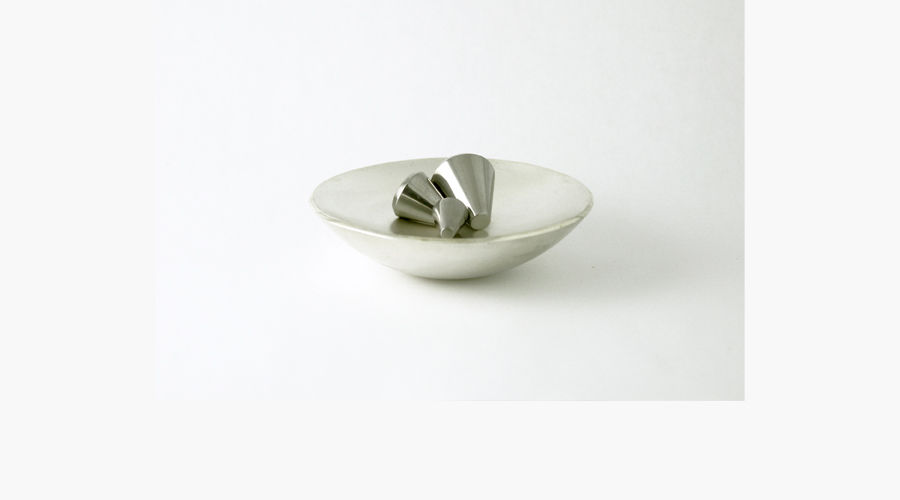 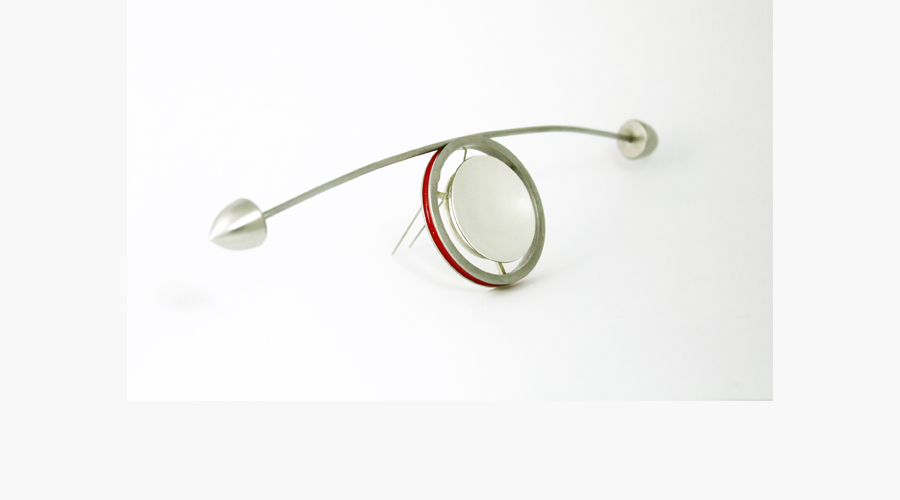