Heidi McKenzie is a Toronto‐based ceramic artist. She comes to clay after two decades of arts management and production. Heidi holds an MFA from OCADU (2014), and Diploma from Sheridan (2012). In 2009, Heidi returned to her father’s ancestral home of India to complete a ceramic apprenticeship at the foothills of the Himalayas. In 2011, Heidi received the Emerging Artist Award at Toronto Artists Project, and in 2012 exhibited at the Toronto International Art Fair. In 2013, Heidi was funded by the OAC to create in Jingdezhen, China and in Bali, Indonesia. She has exhibited nationally and internationally, including Italy, Indonesia, Denmark, Romania and Hungary. In 2014, she completed a residency at Guldagergaard International Centre for Ceramic Research, where her work was acquired for the Centre’s permanent collection and toured to Milan. In November 2015, Heidi was invited to showcase at the Canadian Clay and Glass Gallery’s inaugural solo lobby exhibition. Heidi’s studio practice engages issues of identity and belonging. A key element of Heidi’s work is “static motion.” She integrates both wheelwork and slip casting in abstract portraiture and representation, often incorporating coloured clays to capture the complexity of subject and idea. 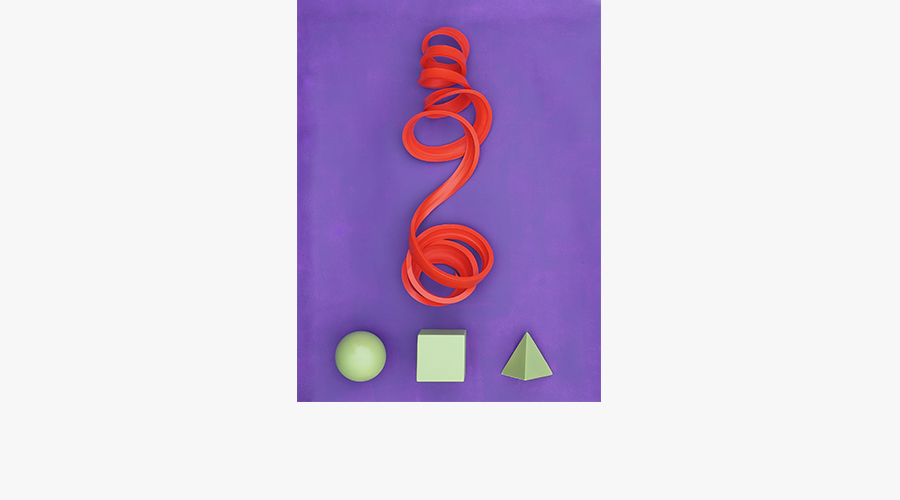 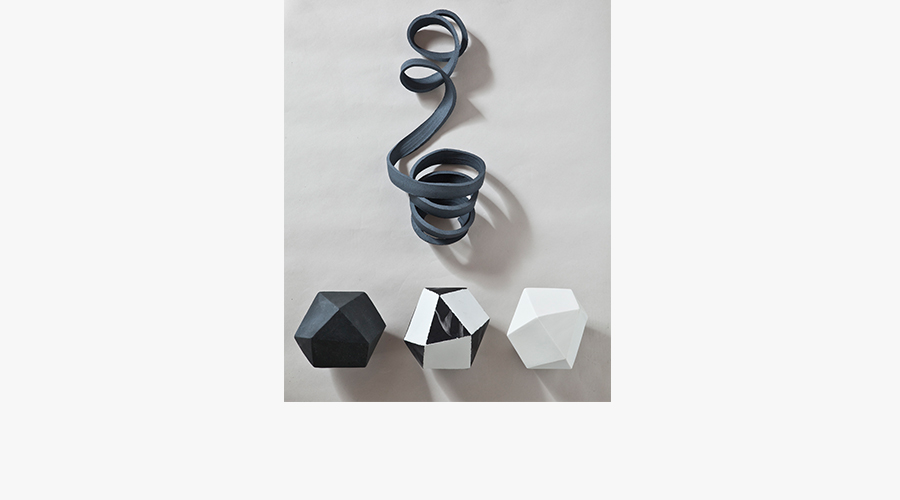 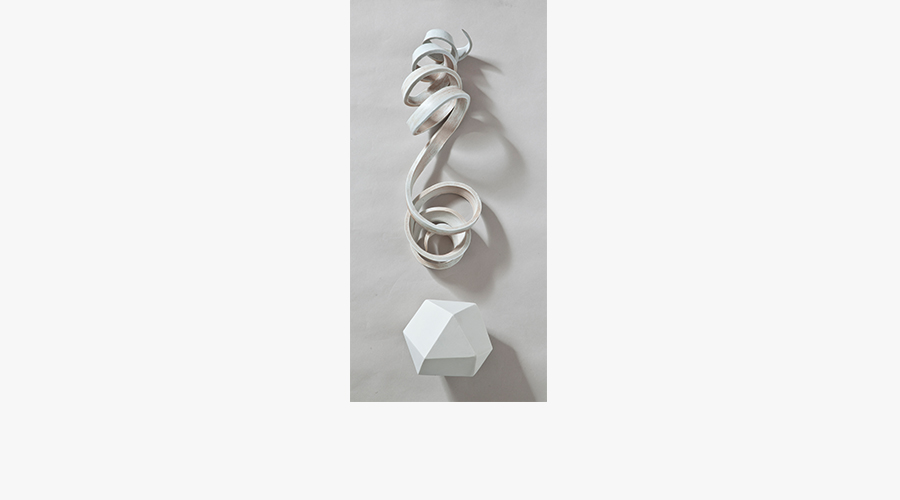 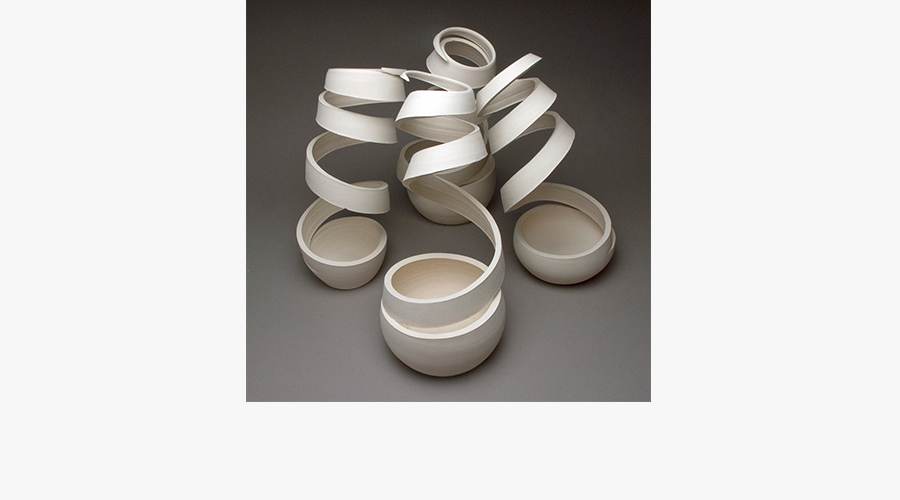 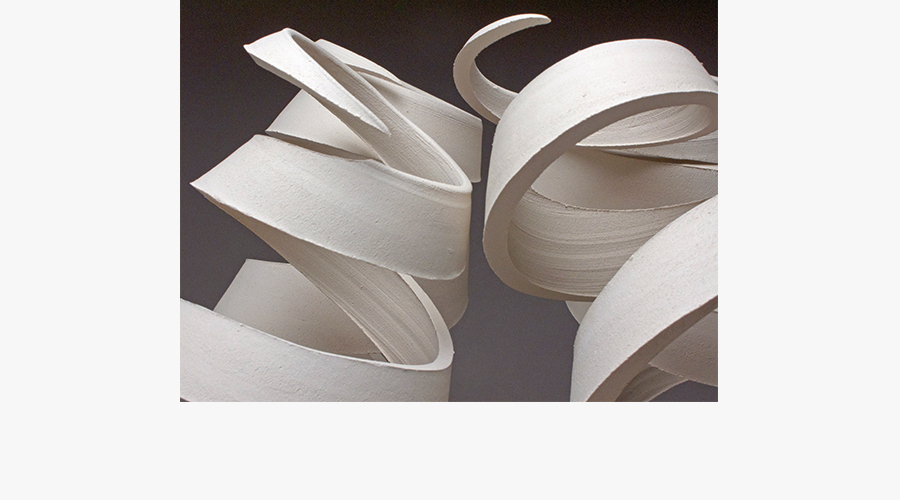 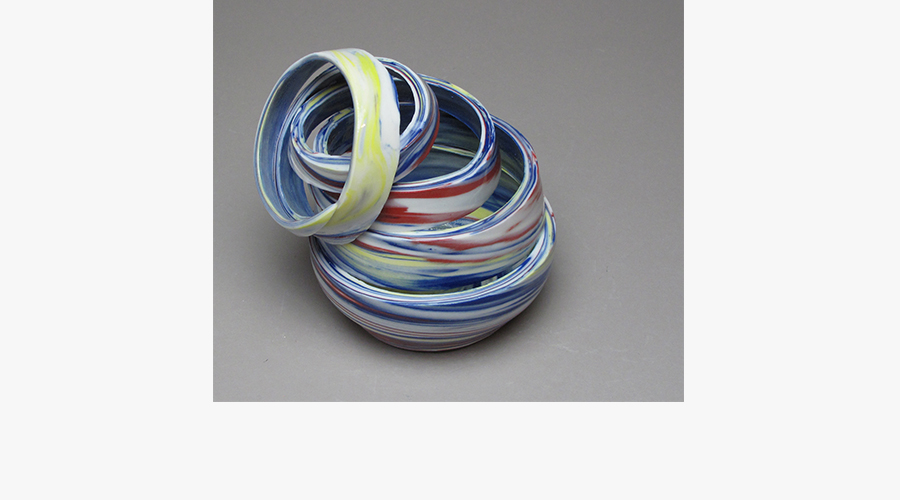 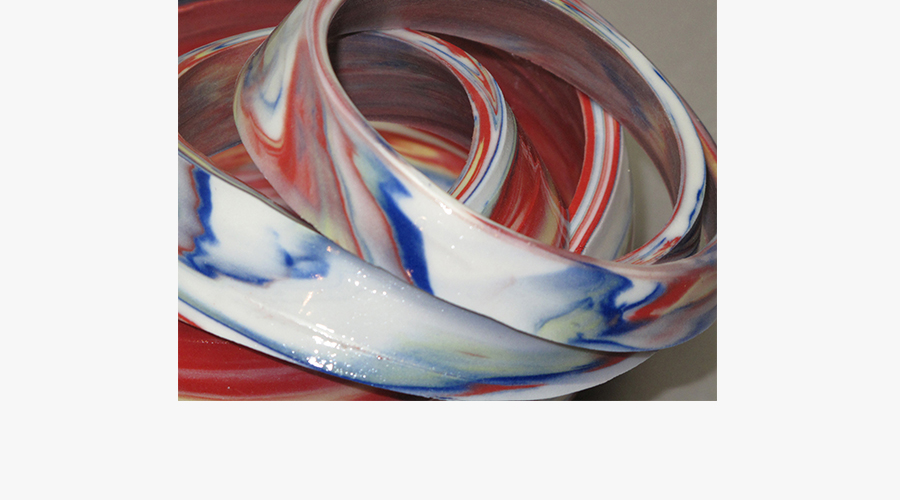 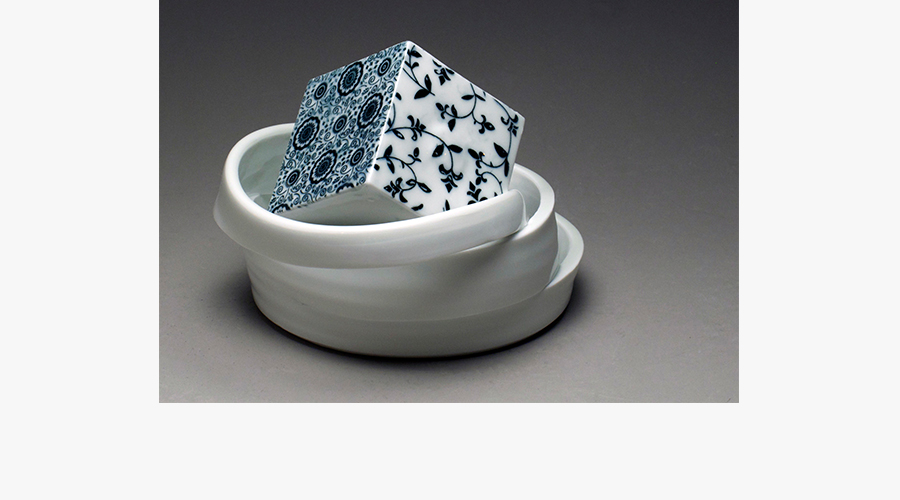 China-Bound No. 6
Porcelain, slip cast with Chinese transfers, and agateware wheel-thrown and altered, once fired, cone 13 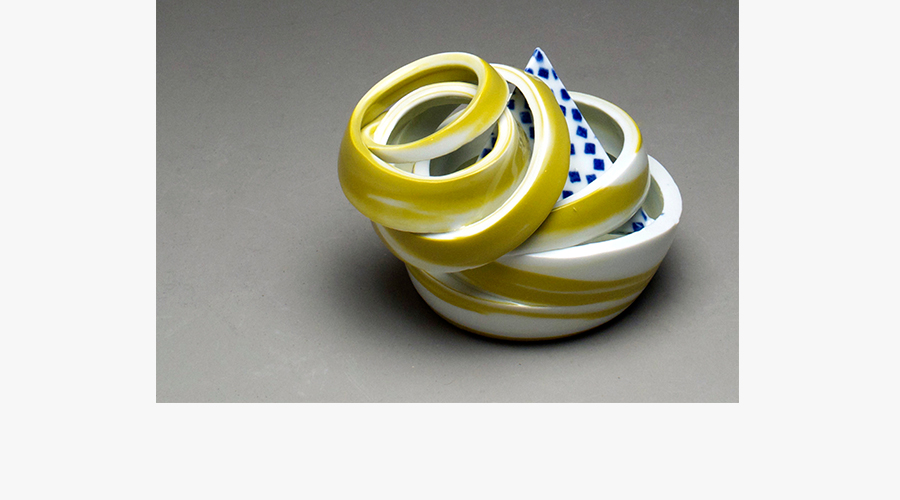 China-Bound No. 3
Porcelain, slip cast with Chinese transfers, and agateware wheel-thrown and altered, once fired, cone 13 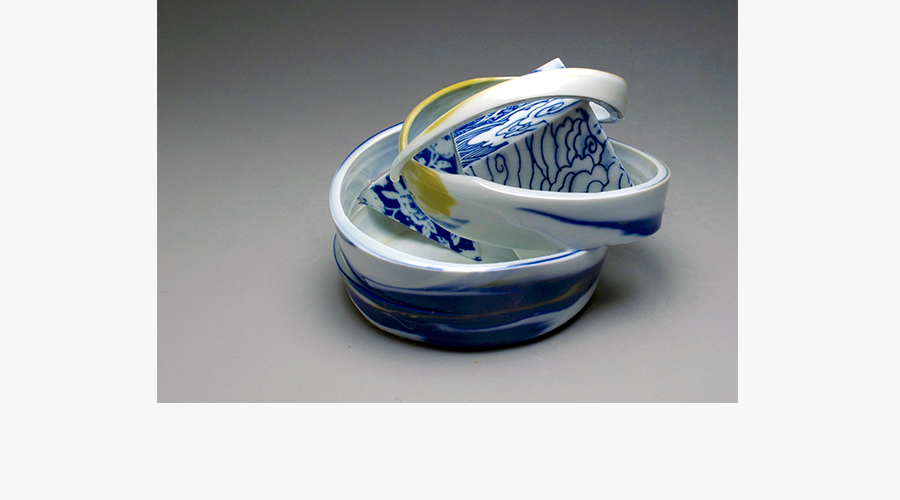 China-Bound No. 1
Porcelain, slip cast with Chinese transfers, and agateware wheel-thrown and altered, once fired, cone 13