Fuzzy Mall's work in portraiture is interaction driven. He captures people in action, in personal settings, doing things they love to do. The work is a response to our current media landscape, which is jarring and anxiety-inducing. As an American living in Canada, He has been feeling helpless watching each news cycle. He feels sad, angry, frustrated, and ineffective. Fuzzy knows the stories of school shootings, corporate greed, decaying environment, and corrupt politicians won’t stop anytime soon; and as a result, he can only focus on a localized and momentary happiness. This series portrays people doing simple things that bring them bliss, whether it be gardening, biking, yoga, or playing with a pet. Ephemeral moments disappear unless made permanent in some way. His goal is to tap into the tradition of quilts and painted portraits as family heirlooms by creating contemporary portraits from these casual photographs that are snapped by cell phones, often live in the cloud, and usually disappear. More than ever, Fuzzy needsa to see people enjoying life’s small moments.

This work is created from appliqué and reverse applique techniques, composed of mostly reclaimed fabrics. The project breaks the square/rectangle format of traditional portraiture by eliminating the frame. Figures are larger than life-sized, include the entire body, and exist independent of any background, floating on the wall or in space. Each portrait becomes more sculptural, casts its own shadow, and lives in a space in a new and unexpected way. Our experience becomes more intimate; the figure invites the viewer to enter this personal moment, and allows us to be in the same space during that captured moment. Hopefully we slow down. 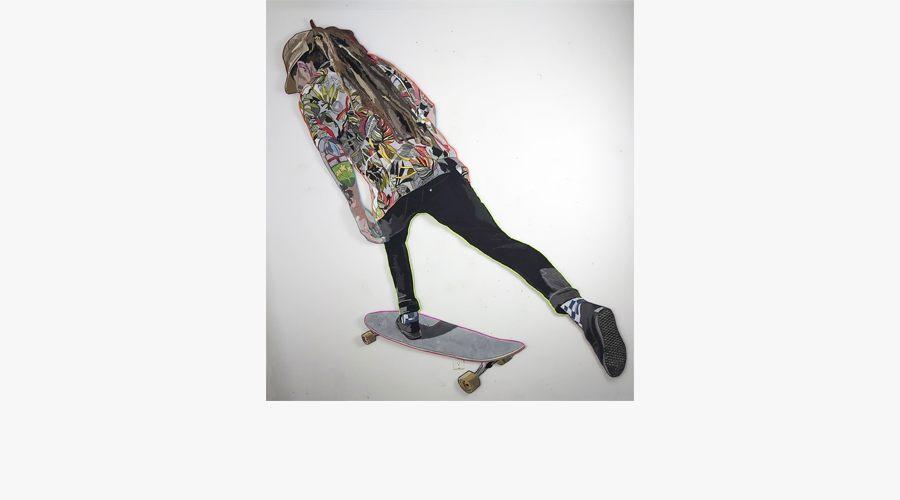 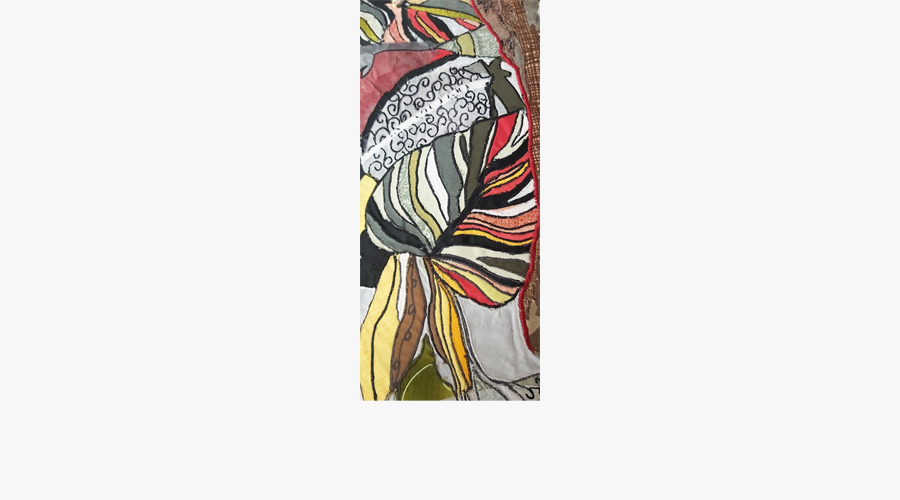 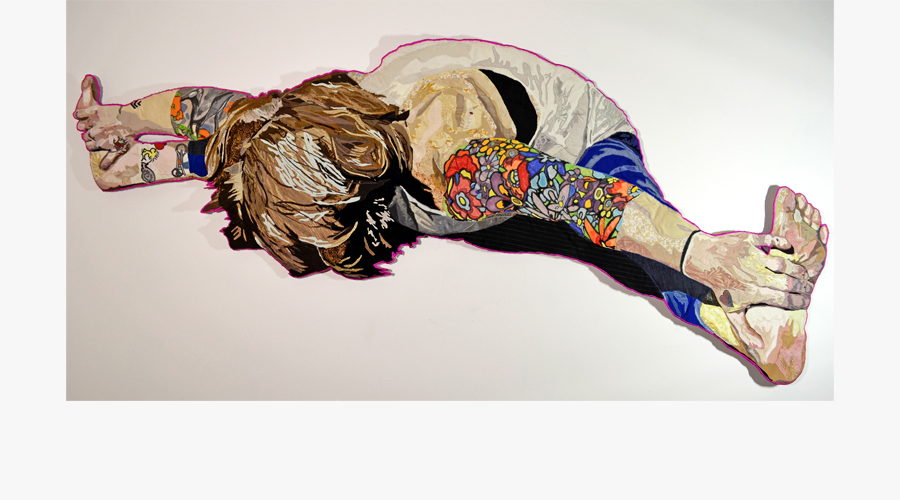 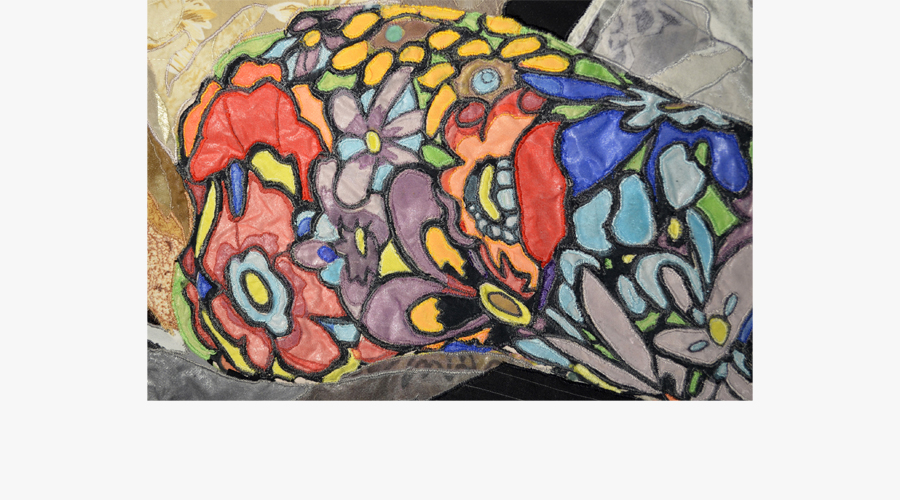 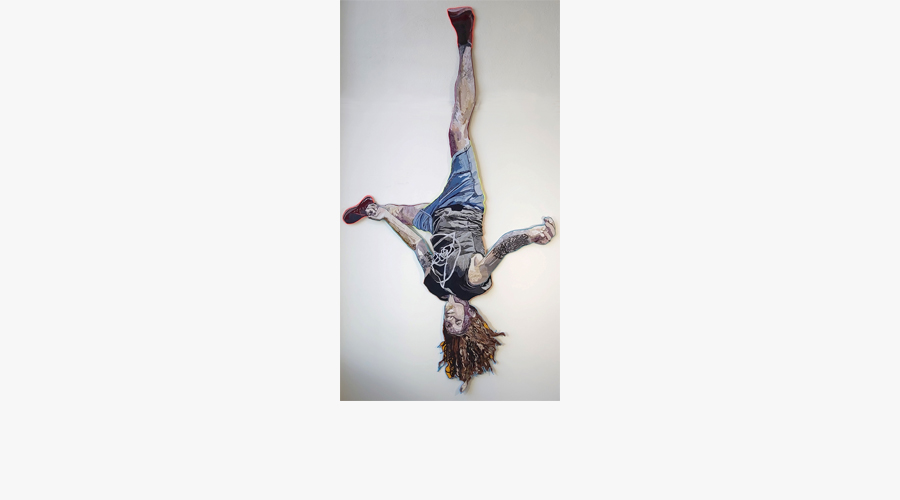 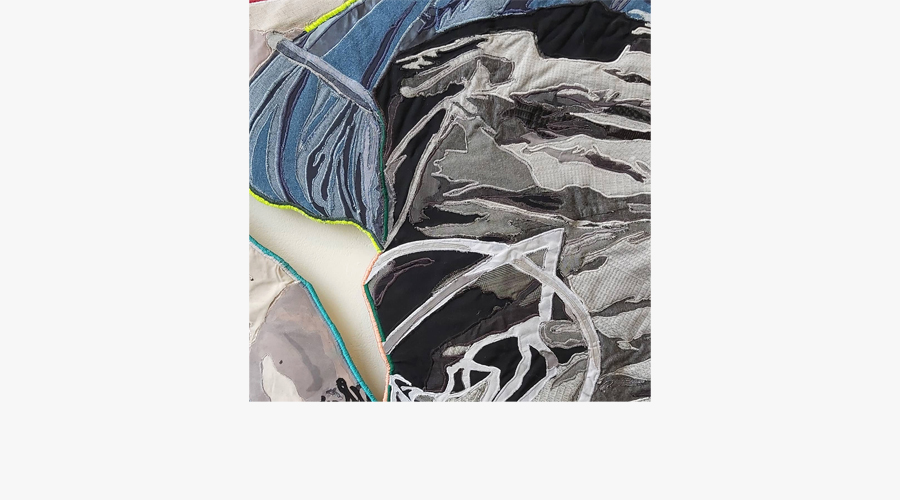 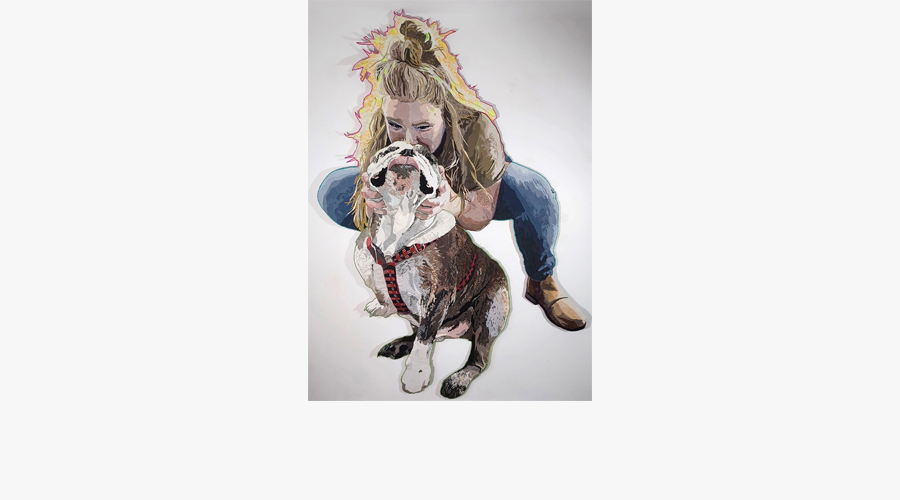 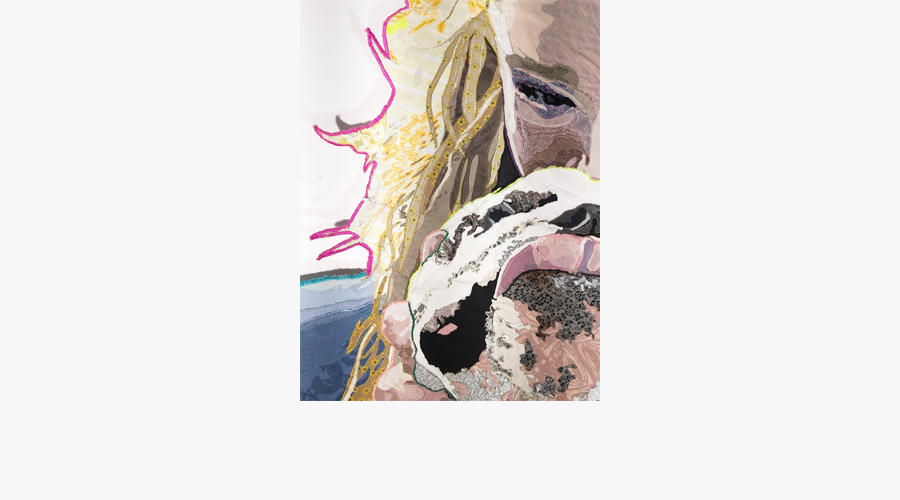 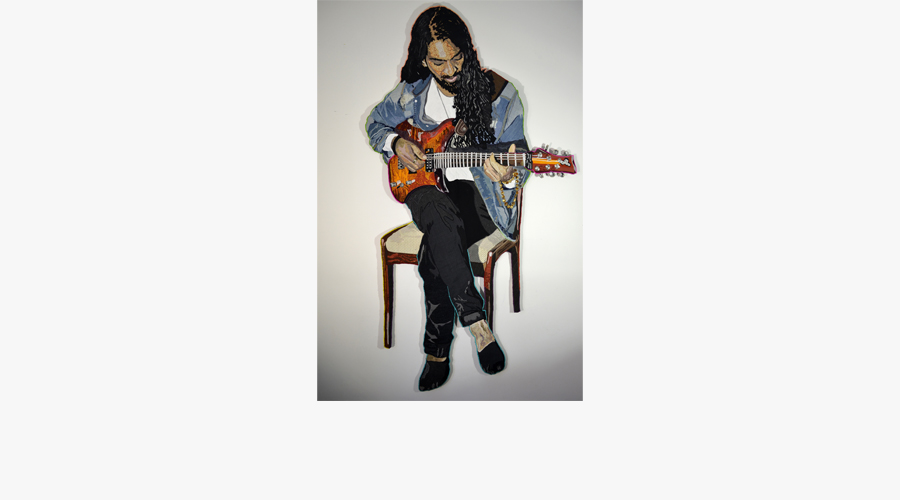 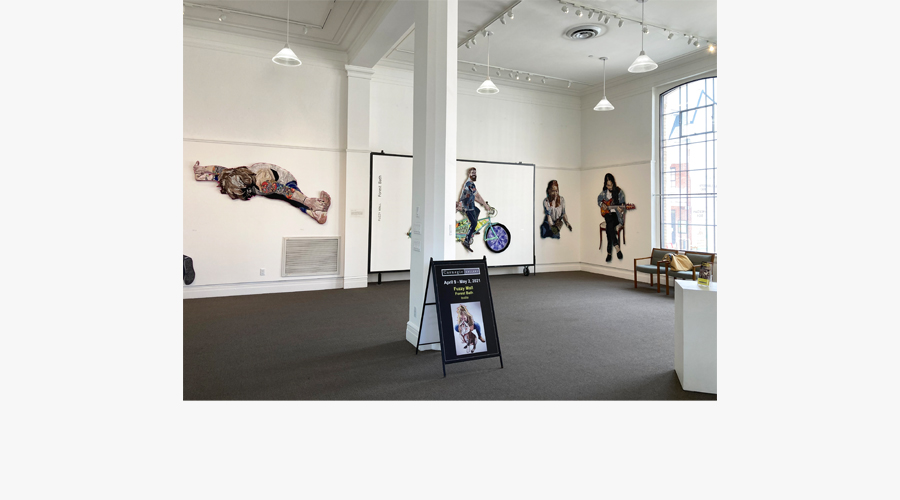