Nurielle Stern is an emerging artist and a graduate of Alfred University’s MFA program in Ceramic Art (2014). Nurielle studied ceramics at Sheridan College Craft & Design, and holds a BFA in Sculpture from OCADU. Nurielle creates sculptural ceramics and immersive installations, often combining ceramics with video projection. Her pieces are saturated with texture and vibrant glazes, giving them a hyper-real quality. Through her work, Nurielle navigates the malleability of language, the role of craftsman as storyteller, and the dialectics of inside and outside—the tamed and the wilderness.

In 2012, Nurielle was the recipient of the Gardiner Museum Award, which included a solo exhibition, Eyes of Metal and Agate (2013). Nurielle’s large-scale installation, The Bone Runners, was commissioned and presented by the Gardiner as a Nuit Blanche Independent Project (2015). Upcoming exhibitions include Sculpting New Reads at Harbourfront Centre (2018), and a solo exhibition at the Ottawa School of Art Orléans Gallery in 2019. Recently, Nurielle has been commissioned by the Gardiner Museum to respond to Ai Weiwei’s upcoming exhibition at the Museum with an installation that will fill twenty new vitrines in the Gardiner’s stairwell. This new work will be exhibited for the duration of Ai’s exhibition, Unbroken, in 2019. 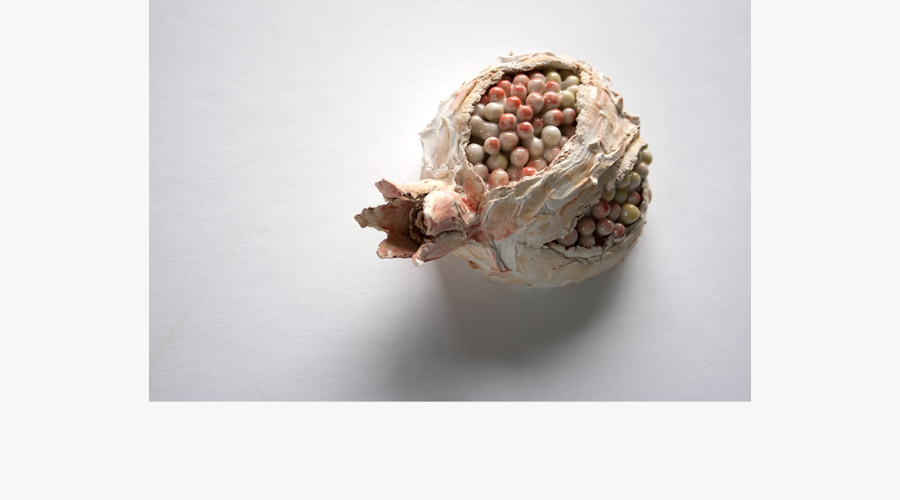 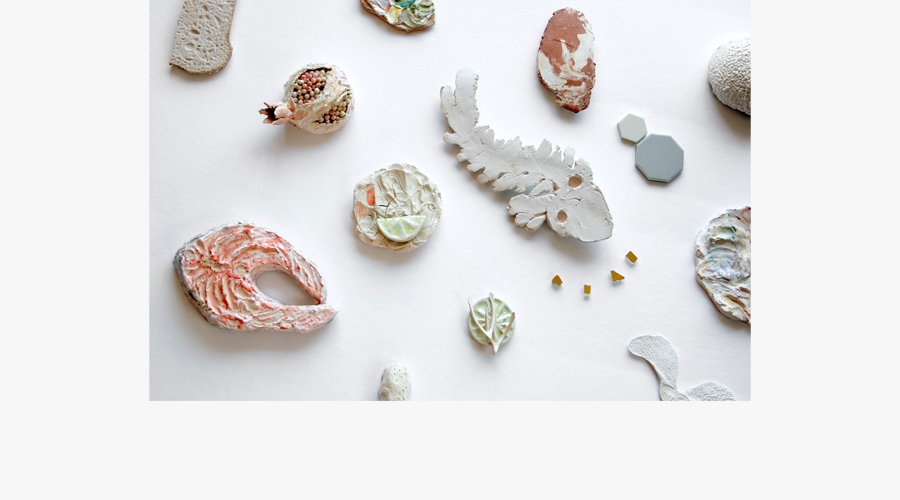 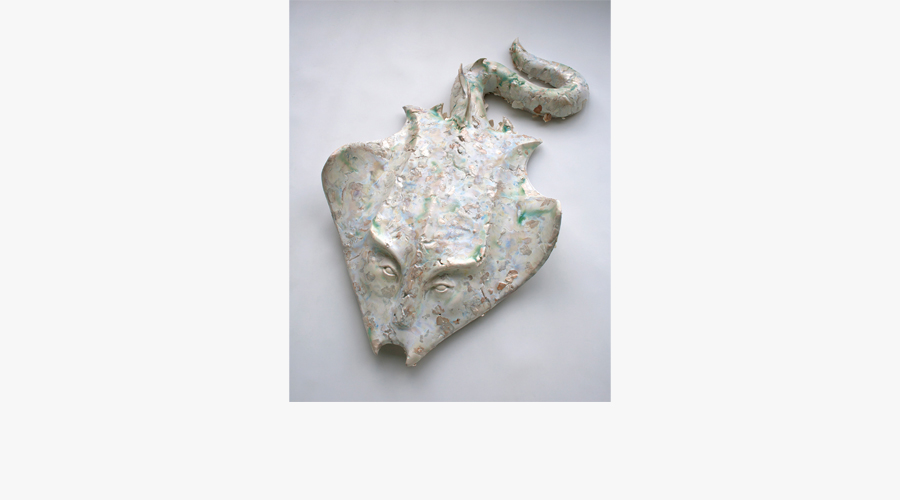 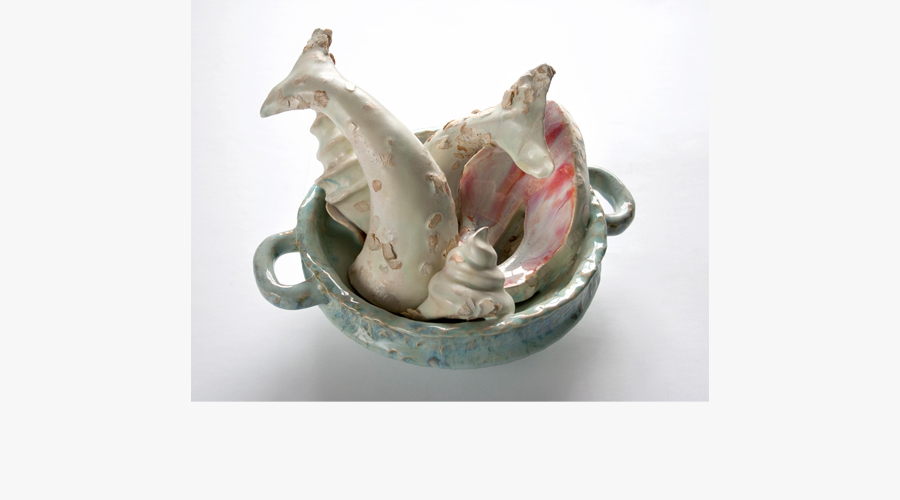 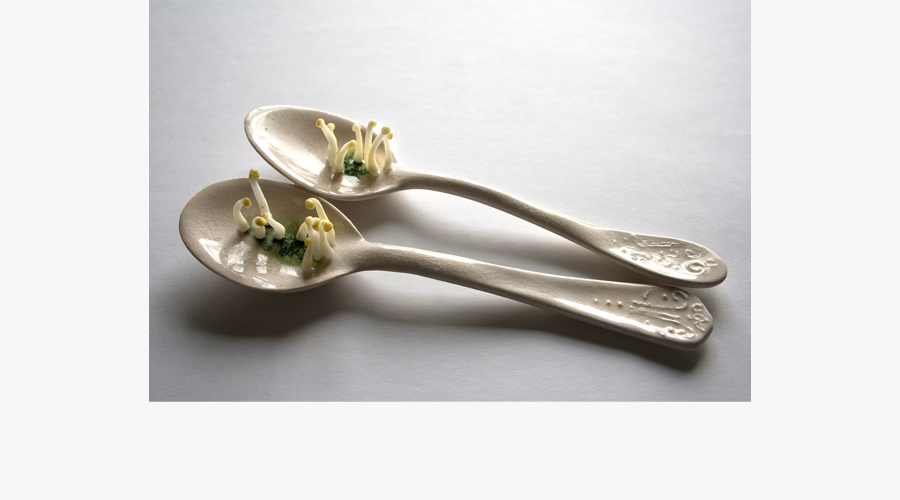 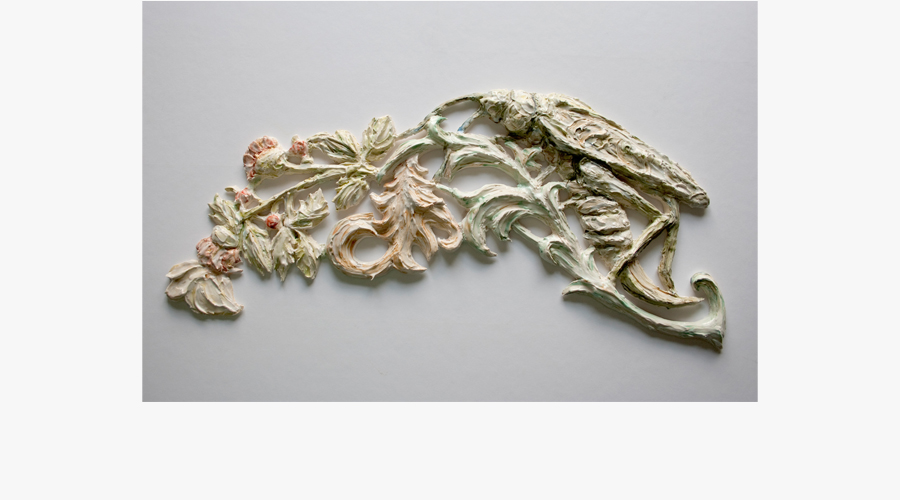 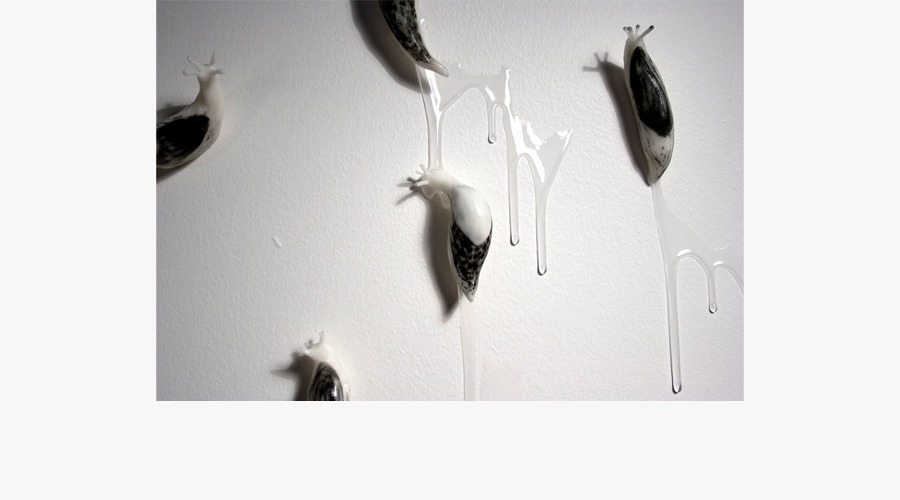 Things Are Not Like They Used to Be
Glazed soft-paste porcelain, museum gel. Wall-mounted installation, 30 x 20 x 3, 2016 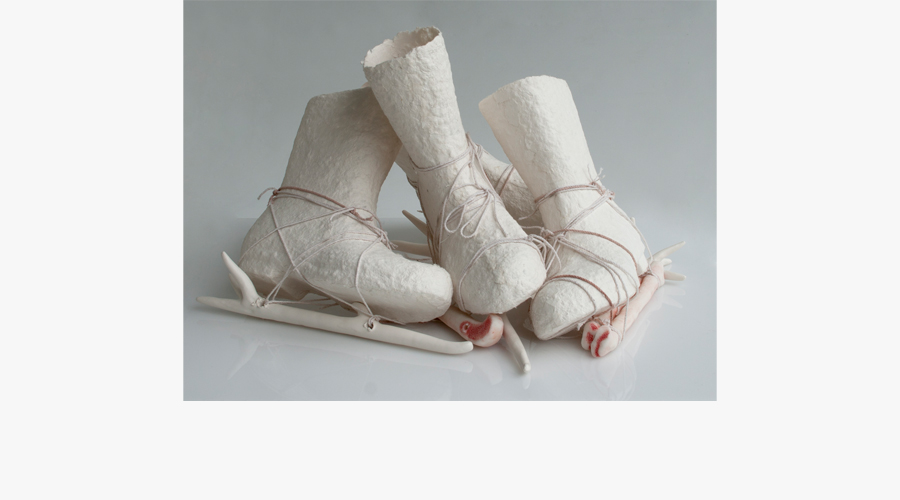 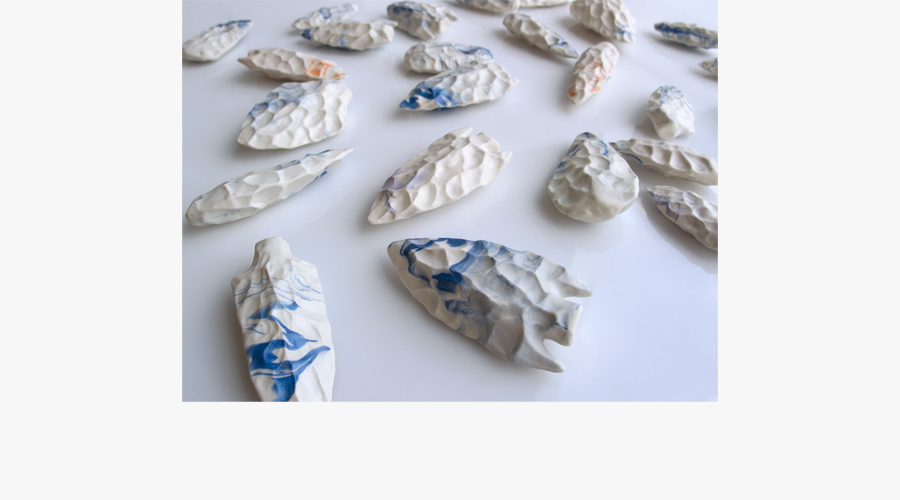 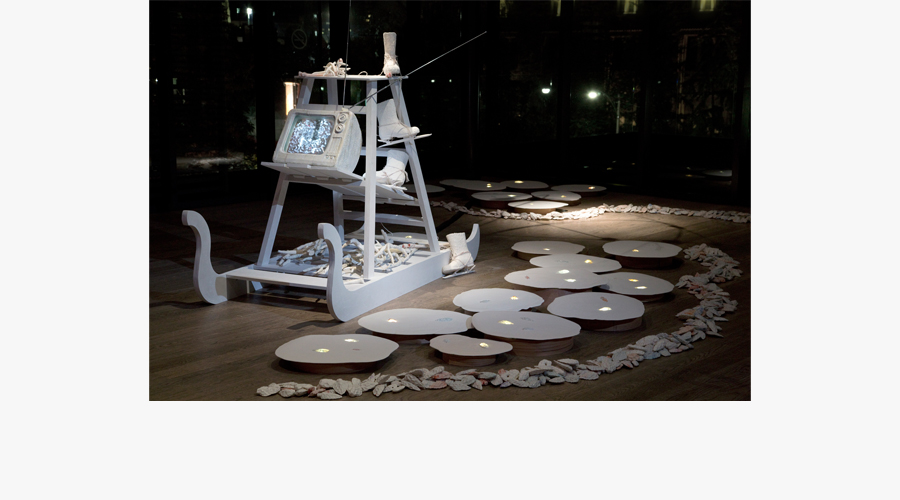